Prologue: Before the NWP — David’s life prior to arrival in Zambia

Central Ohio. I was born in Newark, Ohio (east of Columbus) in 1939. I had a happy childhood with my parents and younger brother, Daniel. In 1957, I finished high school and went to Ashland College (Ashland, Ohio) where in 1960 I graduated in three years.

Teaching in Cleveland, 1960-1963. After college, I taught in the Cleveland Public Schools (Nathan Hale Jr. High) for three years. While doing so, I completed my M.A. at Case-Western Reserve University and started a Ph.D. in History in September 1962. I longed, however, to discover more of the wider world. Thus, in 1962, I applied for a one year Fulbright teaching scholarship in Northern Rhodesia. In June 1963, just as I was planning my first trip outside of North America to visit Europe for one month with  a group of fellow teachers, I was notified that I might receive the scholarship.

Fulbright teaching scholarship. Before I left on the trip, I was told that if appointed whilst travelling, I would go to the London Fulbright Commission’s office for training. I would not return to the USA to see my family or get training in the Washington DC Fulbright office. 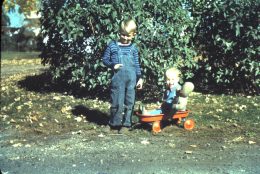 Danny and I as small children 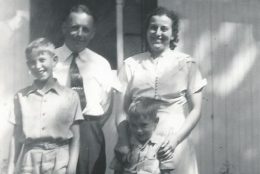 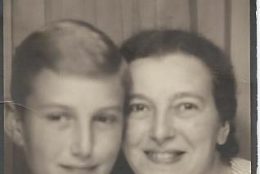 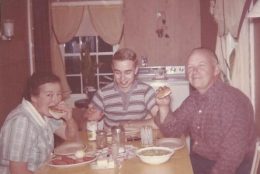 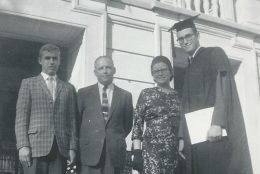 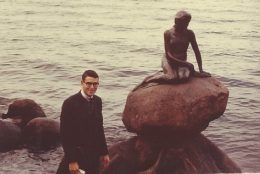 And so it happened! In Copenhagen, mid-point of my European trip, I was told to report to London in 10 days for training and preparation before flying on to Africa. While my time in London was supposed to be two weeks, it became one month because all flights to south central Africa were full. London became my first total submersion in a new culture and country. I used these weeks to  vigorously acquire a wider perspective on the wider English-speaking world. The following seven letters to my parents describe both my travel through Europe with a friend [Ted Rudin] and my weeks in London getting ready for my new life in Zambia. While probably of interest to only a few readers, these 55 year old letters reveal my thinking about life and travel at that time:  European travel in mid-1963 before Zambia.

Arrival in Northern Rhodesia. When I arrived in September 1963, I was 24 years old and looked younger(!) as the pictures show. 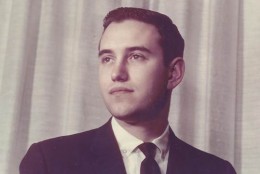 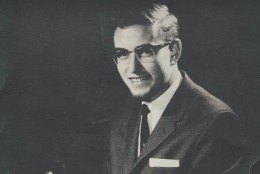 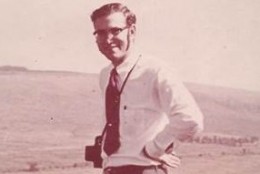 To start the narrative of my life in the NWP, Zambia, and southern Africa, click on the following link for Solwezi
Solwezi, 1963-1965